When you see your favorite Bollywood star performing on-screen you often want to live their life and often wonder how easily success and fame come for them. But that’s not the real picture, there’s a lot of hard work and commitment involved to deliver such impactful performance for the millions of viewers. Most of the times these celebs need to undergo insane physical transformations to play their characters off-screen. Wondering how take a look here:

When Randeep was offered the role of Sarabjit Singh in the movie Sarabjit, he weighted 90 kilos. To play this part, the actor lost unbelievable 18 kilos in 28 days! Now that’s called serious acting. To look alike the Warrior in Bahubali, an epic movie based on Indian Mythology, Prabhas had to undergo serious workout sessions and also stick to a high-protein diet. His transformation to this Godly physique of a warrior made his fans go Whoa!

For the movie Dangal, our Mr. Perfectionist had to undergo challenging physical transformation for playing the part of fit wrestler in the first half and a retired overweight father later.

Farhan spend most of his time at the gym while shooting for this movie, based on the life story of this great Indian athlete. With his body transformation, it was very difficult to spot the difference between Farhan and real Milkha. 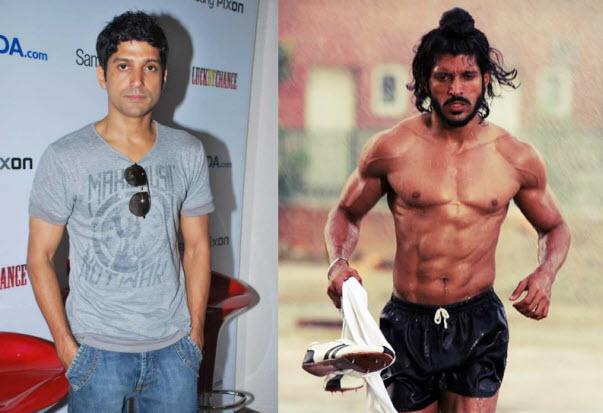 For his role in the movie Paa, Amitabh Bachchan did not undergo serious physical transformation but he had to sit patiently for several hours while the make-up artists played their magic on him. His efforts surely make it worth mentioning in this list.

Shahid Kapoor underwent a drastic physical transformation from a chocolate boy look to become a tough bad guy for his role in the movie Kaminey. Shahid we surely loved you in this avatar.

To do justice to his role of Guru Bhai in the movie Guru, Abhishek had to gain extraordinary weight. The added kilos aptly complimented his charismatic personality to make him look exactly like a scheming businessman.

Hrithik Roshan was the most well-built Indian actors but for his role in the movie Guzaarish, the actor had to part with his perfect abs and even gain some weight.

When talking about physical transformations of Bollywood stars, the list is incomplete without the mention of Priyanka Chopra. Our very own Piggy Chops underwent an evident transformation for her role of the boxer, Mary Kom. 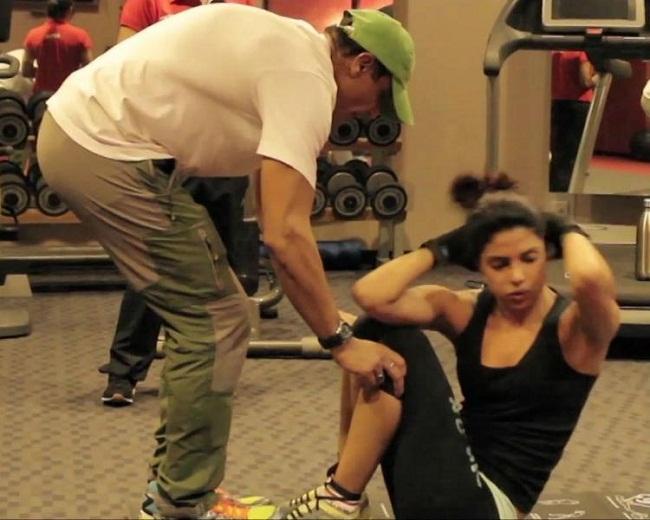 Shahrukh created a lot of stir when he emerged with his poster showing 8 packs of the movie Happy New Year.

Just as their fans worship them, these Bollywood stars leave no stone upturned to present the best cinematic experiences for their viewers.

Which one of these physical transformations of Indian actors amazed you. Do let us in know in the comment.

Check Out! The Top 10 Bollywood Celebs And Their Hidden Talents Beyond Acting!

There is no doubt Bollywood has a wealth of talent, at least in the field of acting. We assume that all…

Anushka Sharma was finalized as the leading lady of superstar Salman Khan starrer “Sultan”. Anushka has not only gained added admiration…

With Holi just rounding the corner, everyone is gearing up to celebrate this festival of colors. It is one of…

Here are 10 Bollywood Movies That Were Banned In Pakistan

The strife between India and Pakistan seems never-ending. The peace talk between these two neighbouring countries is an ongoing process…

Harbhajan Singh‘s wife Geeta Basra recently uploaded her photo with his mother on Twitter. her baby bump is quite visible in the…