Bollywood movies budget is getting bigger and bigger and so is the amount that these celebs charge for their acting skills. A few years back, the fee to work was more or less same and just varied for veteran actors and newcomers. However, in the present scenario, the amount that these Bollywood actors charge depends on their box office success.
More hits mean more fan following and thus such actors charge hefty acting fees from their producers. Do you want to know who the highest paid actor in Bollywood is? Read on to learn who the highest paid actors of Bollywood are.

Salman is the real star on-screen and even off-screen. The ‘Bhai Jaan’ of Bollywood is known for giving hits after hits every year. His name is enough to make any movie a box-office hit Salman Khan is the highest paid actor and charges approximately INR 60 crores for each movie.

The ‘Mr. Perfectionist’ of Bollywood is known for being choosy when it comes to his films. Aamir Khan chooses quality over quantity and is happy doing 1-2 films every year. He charges over INR 50 crores for each movie.

Shahrukh or the ‘King Khan’ of Bollywood is the third highest paid actor in Bollywood. He rules the box office and his fan count is ever-increasing. For every movie, Shahrukh Khan charges nothing less than INR 45 crores.

Akshay Kumar is the real ‘Khiladi’ of Bollywood and is known for smashing box-office records. His movies are huge commercial hits and there is no wonder that he charges nearly INR 40-45 crores per film.

The Greek God of Bollywood, Hrithik Roshan is on the 5th position in the list of highest paid actors. He normally charges INR 40 crores for each movie and sometimes even hikes it depending on the budget and the role.

Ajay Devgan is a versatile veteran star of Bollywood who is also among the top 10 highest paid actors in Bollywood. He likes doing more masala and commercial movies and takes approximately INR 20-15 crores per film.

The young face of the Kapoor family, Ranbir’s career has seen all ups and down. Yet he is looked upon as the rising star of Bollywood and takes INR 25 crores for each movie.

The ‘Shenshah’ of Bollywood still remains a superstar in spite getting old. Even today Amitabh Bachchan charges INR 18-20 crores that is much higher than most of the new upcoming stars of Bollywood.

Ranveer Singh is the new icon of Bollywood who has carved a niche for himself, even after not being from this industry. His acting skills have made him popular among critics and masses alike. Ranveer Singh hiked his fees to whooping INR 20 crores per film after the huge success of ‘Bajirao Mastani’. 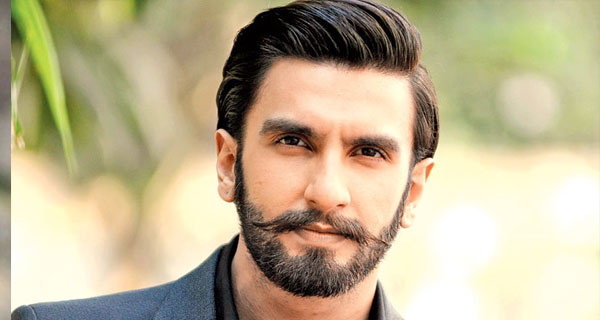 Shahid Kapoor is one of the versatile actors of Bollywood whose acting skills is getting better with every movie. His performance in the movies such as ‘Haider’ and ‘Udta Punjab’ has fetched him accolades from the viewers and critics alike. Shahid Kapoor is also a favorite among film producers and charges INR 15-18 crores for every movie.

This was the list of highest paid Bollywood actors.

The fees that these actors charge cannot match the hard work and dedication that put in making movies that their fans love to watch over and over again.

THIS IS HOW CELEBS CELEBRATED RAKSHA BANDHAN

Right now, Whole country is celebrating the festival “Raksha Bandhan”. This is the day when brothers and sisters share each…

New poster of Radhika Apte’s upcoming movie ‘Phobia’ Is Out!

The makers of the upcoming film ‘Phobia’, starring Radhika Apte have released its new poster. In the poster, Radhika Apte is…

Kajal Aggarwal and Randeep Hooda, share a kissing scene in their upcoming romantic movie ‘Do Lafzon Ki Kahani’. According to reports,…

These 7 on-screen characters never received the limelight they deserve!

There are various individuals attempting to get into Bollywood, and there are some who are already in, however still battling…

Here are 7 promising Bollywood debutants to watch out for in 2017.

2016 may not be a very good year for Bollywood, but we saw some great debut performances. Mirzya may have flatlined at the…