This story is from those times when we had more time for each other than our smartphones, when playing outdoor was bliss and not a punishment, when every rupee held value for us and we didn’t take it for granted. It was Phantom cigarettes that we smoked at the age of thirteen and it gave us a better high than nicotine. That was the innocent phase we grew up in and it’s sad we will never be able to explain to our children how it was, the 1990’s, the golden era for all of us!

1. The time when Sachin Tendulkar was far away from making a century and we were so close to it:

2.And once you had this toy gun, you started behaving like a boss: 3. And cricket wasn’t just played on a field but in books too:

4. Is there anyone who didn’t like playing brick games? Your Sundays and holidays were never complete without this:

6. This was the time we had unlimited choice in superheroes to get through our troubles:

7. Everyone of us owned these white Bata shoes. The more the shoes were white, the more we were happy. Sometimes, we used ‘chalk’ to paint it and make it more whiter: 8. And the smallest of issues in life could be solved just with a pencil:

9. And decisions over friendship or enmity were made like this:

11. Sketch pens, Camel water colors….all these made us artistic. We all considered ourselves a great painter:

12. And we could easily fight a dragon because we were just THAT passionate about meeting an unimaginable princess:

13.And covering notebooks with your mom at the beginning of every academic year made you cry for help but it was also the only time you got a chance to help her:

14. Collecting cards of our favorite WWF characters was our real hobby: 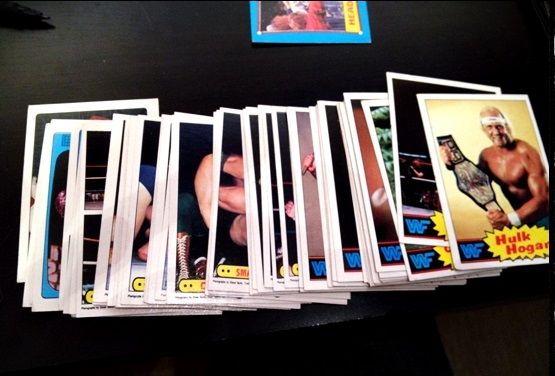 16. And one society one TV was the fun of it all, especially during India v/s Pak:

Here are 10 reasons that shows you’ve always been a awesome back-bencher!

The most memorable part of our life is the “School”. We still keep on missing our friends, chit- chatting with…

Here are 10 Hotties From The ’90s You Totally Forgot About!

While you are busy cherishing the love bond with your partner, let us take you back on the journey to…