Some say star kids in Indian cinema industry are born with a silver spoon. Thus, they made the cut. While others believe it is due to the respect earned by their star parents that celeb children have it easy in the industry. Unfortunately, that is not true. Apart from coming from a ‘filmy’ background, one needs to have the talent, dedication, and luck to make it large. There have been many instances where in spite of being given stellar and spectacular launch vehicles, celeb kids did not survive for too long in the film industry. For those who did, they have grown into the masses and classes favorite, sweeping away awards, having millions of fan following, and a string of hit films to their credit.

Salim Khan debuted as an actor when director K. Amarnath spotted him for his good looks at a wedding. For nearly seven years, Salim acted in supporting roles in various movies, like Teesri Manzil, Sarhadi Lootera, Diwaana and Wafadar, but failed to get his due. Sarhadi Lootera was the last film of Salim as an actor, and this is where he met Javed Akhtar and turned his attention to writing. While Salim’s eldest-born Salman proved to be a lucky chap from his debut movie,Maine Pyaar Kiya, and as they say the rest is history. Today, he is one of the most commercially successful actors of Hindi cinema, and the only actor to act in the highest-grossing Bollywood films of nine separate years. 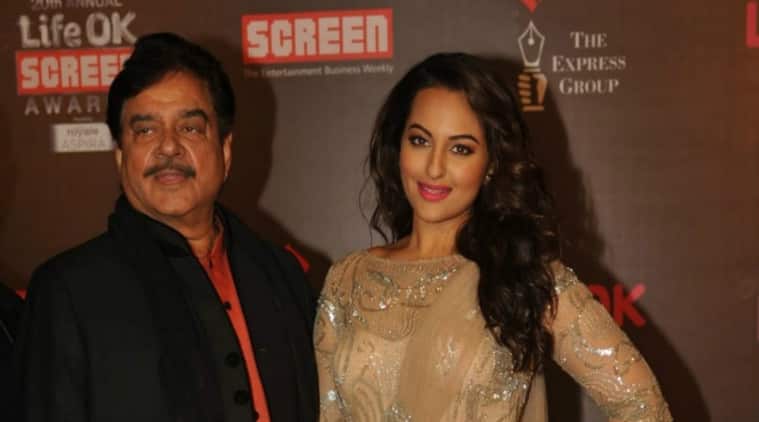 Apart from her bold and beautiful Indian looks, Sonakshi Sinha is known for her incredible talent that makes her one of the sought-after actresses in Indian cinema. Born on June 2, 1987, Sonakshi, who is the daughter of actors Shatrughan and Poonam, began her career in the film industry as a costume designer. Though no one had thought she would go ahead in the race to success, she managed to the thinkable. She gave a spellbound performance as Salman Khan‘s leading lady in the debut and highly successful action-drama Dabangg (2010). The lady also bagged the Filmfare Award for Best Female Debut.

The son of experienced actor Pankaj Kapoor and Neelima Azeem, Shahid is not just an excellent performer but a desirable celebrity among the audience. Men want to copy his groovy dance moves while women can’t stop swooning over the lad. Born on 28th February 1981, the young, dashing hero was first seen in many music videos and a junior artist dancer. But, when he made an appearance in the lead role for his super hit debut romantic comedy ‘Ishq Vishq’, post then was no turning back for him.

Hrithik Roshan from his very first movie, Kaho Naa Pyar Hai, proved that he is going to be one amongst the many A-list actors of Bollywood. In his work profile, he has highly acclaimed movies and as many as six Filmfare awards, besides numerous other honours. He is counted as one of the hottest men not only of India, but also of the world. His father, Rakesh Roshan’s acting career could never really fare well, and later he turned to directing and producing movies. 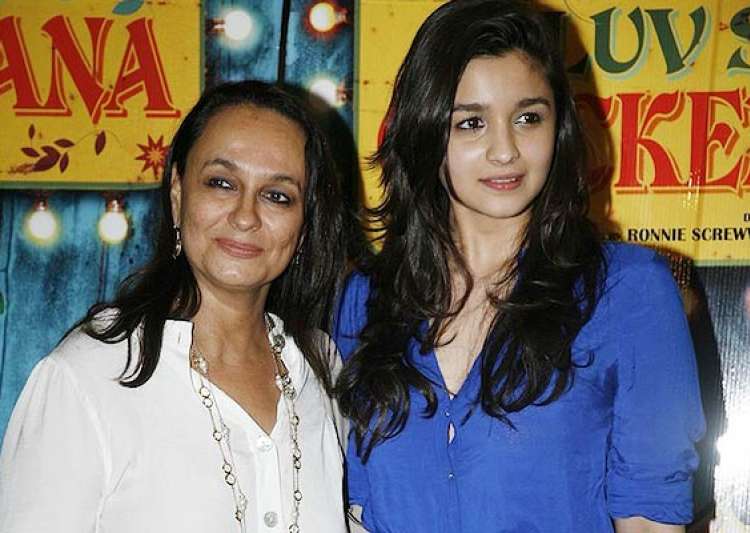 The moment you tell someone to think of Alia Bhatt, that person is sure to go weak in their knees. Her effervescent beauty, flawless acting skills, and vivacious personality makes Alia Bhatt one of the most desirable celebrity kids. Born on 15 March 1993 to veteran filmmaker Mahesh Bhatt and actor Soni Razdan, the actress kick-started her career with a dream launch in Karan Johar’s Student of the year. Post that she had consecutive hit films, brand endorsements, cover shoots for magazines that kept her successful and in the spotlight.

Although Babita was known for her good looks and style quotient, the actress did not have a very promising career graph. She also quit movies after becoming a part of the Kapoor family, and more specifically after the birth of her daughters, Karisma and Kareena. But, she ensured that her babies never let their celluloid dreams die and went to the extent of staying separated from her husband Randhir Kapoor, as he never wanted them to enter acting. Kareena had acting in her genes, but she added her own mettle to create her niche and turned in to be one of the highest paid actresses, and innumerable accolades adorn her kitty.

After completing his Business Management degree from a Nottingham Trent University and working as an assistant director for a film, Varun, son of renowned film maker David Dhawan set the screen ablaze with his act in Karan Johar’s Student of the Year. Post that he even played lead roles in a couple of movies that were commercially successful. His chiseled physique, high energy levels, acting potential makes him the next generation heartthrob loved by all. 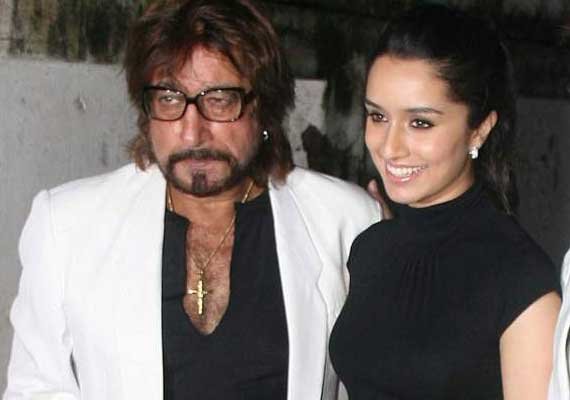 The Aashiqui 2 girl took the movie world by storm when she essayed the titular role of Aarohi. Her innocent looks, charming screen presence and acting skills left the audience swooning over her, creating a huge fan base. What followed was extensive search of the details about this debutant heroine, and people were surprised to know that she is none other than Bollywood villain Shakti Kapoor’s lovely daughter. Her father however could never get any substantial lead roles and all throughout essayed negative characters. Compared to him, Shraddha has earned significant amount of name and fame in the industry. The commercial success of flicks like Ek Villain, Haider and ABCD 2, established her as a viable star and she has her kitty full with projects.

When you think of India’s topmost fashionistas, you think of the stunning Sonam Kapoor. Born on 9 June 1985, the lovely daughter of actor Anil Kapoor, Sonam, is an Indian actress. She began her career in Indian cinema by assisting the director Sanjay Leela Bhansali on the sets of his 2005 drama film Black. From that point forward, she made her acting debut in Bhansali’s romantic drama Saawariya. Though the movie was considered to be a major dud, she garnered praises for her versatile roles and performance in all her films that followed. Today, she is the brand ambassador for several products as well as is the Indian representative of a reputed cosmetic brand. She actress has created waves internationally by walking the red carpet each year at the Cannes film festival. 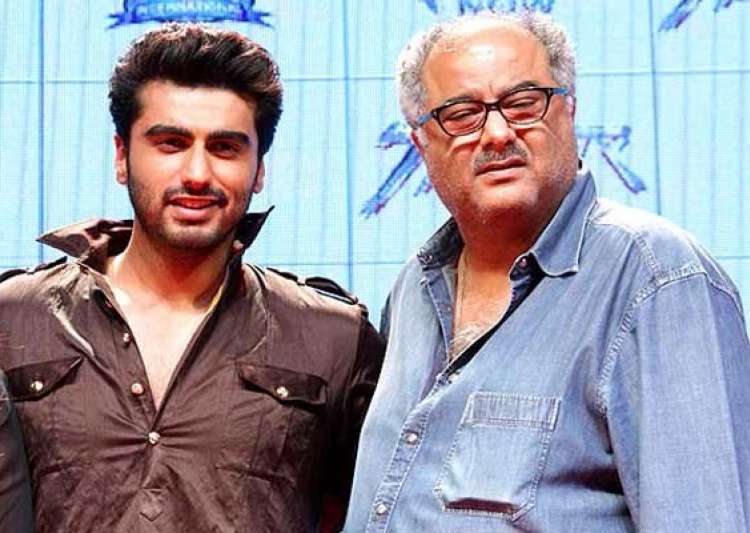 When Arjun Kapoor, son of film producer Boney Kapoor started off in the industry, he worked as an assistant director and associate producer for several films. Born on 26 June 1985, Arjun has been touted as one of shining stars of future Indian cinema. He made his debut in Yash raj’s romantic drama Ishaqzaade for which he was nominated for the Filmfare Award for Best Male Debut. The star starred in many other hit films that earned positive reviews and set the cash bells ringing at the box office.

Here are 5 Lessons ‘Dear Zindagi’ has taught us for a long run!

We can’t keep clinging to one incident of our life, and spoil the rest of our beautiful journey. After English…

Akshay Kumar and Huma Qureshi starring Jolly LLB is all set to hit the theaters on Feb 10, 2017. This…

Arbaaz Khan refuses to comment on Salman Khan and Iulia Vantur marriage rumors. Ever since the actor introduced Iulia at Preity Zinta’s…

As we have seen last year, Sharukh’s comments about feeling unsafe in India made everyone shocked and his haters got…